Charlottesville, Va.—At an April 12 forum, former City Councilor George Gilliam remembered when half a city block burned down at Central Place on the Downtown Mall. A central park a block away was being considered but the fire burned with it the need for condemnation.

The 3-alarm blaze raged from 8:25 p.m. until 12:30 a.m. with 80 firemen from 8 engine companies and 2 truck companies, some overcome by smoke and heat. Flames leapt 50 feet into the sky. It was the worst fire since 1968 when a furniture store burned, according to Fire Chief Julian Taliaferro. A crowd estimated in the thousands watched the action from behind rope barricades (“Five businesses in Charlottesville destroyed by fire” (AP) Friday Aug. 10, 1973, Page 11, The Free Lance-Star, Fredericksburg, Virginia).

“John Graham McCrorey opened his first store in Scottdale, Pennsylvania, in 1882… Born with the last name "McCrorey", the owner legally changed his name, dropping the e, to save money by not paying the cost of the extra letter in store signs… McCrory had only 200 remaining stores in December 2001, when the company announced that all stores would be shuttered permanently by February 2002.” (Wikipedia)

At the latest mall forum, Beth Meyer asks about the reaction when Central Place burned down in the middle of architectural drawings. Another site was being considered a block away on the other side of Paramount Theater. No name of any business was mentioned in the exchange. Meyer commented, in the research of this story, many things don’t make sense.

Gilliam reacts: “There was a decision that was made very quickly and easily. It avoided any notion of having to go through condemnation or do any of that. So I think there was a small restaurant, kind of a greasy spoon there, there was a kitchen that started it.” Charles Barbour agrees in the background.

The idea of a central place on the downtown mall must have evolved from plans for a park at each end of the mall. One park is cheaper than two. Those sketches are on display at the Downtown City Space, the old Social Security offices in the Market St. parking garage. The controversial vote to approve the mall came six months later in Feb. 1974. The first 5 blocks were completed June 1976.

It seems, at every forum, a little more history comes out. At the 2006 forum commemorating the Mall’s 30th anniversary, the public opposition and economic cleansing aspect were talked about. It was news because it hadn’t been talked about for so long that the public came to think the mall had always been popular.

At the latest forum, the speakers, former mayors and councilors, Francis Fife, Charles Barbour, and George Gilliam made it clear they were aware that most downtown businesses would leave within ten years but it took 20 years for the mall to become successful with new tenants.

One reason downtown was failing is the population drop because downtown neighborhoods were “redeveloped.” There’s not enough foot traffic to make a grocery store profitable.

Among other things, the Mall was an abstention controversy. It’s now easier to say “not able to vote” than “abstain.” The conflicts of interest, according to then-Attorney General, were bona fide conflicts. The three unable to vote served on banks, which served as trustees for the Downtown store owners.

The controversy is that a minority vote by Council moved the project forward. The same attorney general ruled the minority vote to be a legal mandate. Of course to the common man, it looks like there was not majority support in or out of Council. Descriptions like “heated public opposition” by Gilliam seem to confirm.

It’s also easier to say “scattered site housing” than public housing. Local public housing has most of its growth and opposition in the 1970s.

Remember the podcast is oral history. We all have a tendency to omit things that might make us look bad. Fife was not just a bank employee. He was the president of Virginia National which formed 1963 when People’s Bank (formed 1875) merged with a Norfolk bank. In addition to being trustees, banks also hold mortgages not just Downtown, but elsewhere. Peoples’ claim to fame was it turned a profit during the Great Depression and had many small account holders.

Barbour said great changes occurred in the 1970s. It was a transformational decade. He listed the mayors responsible: Van Yahres 1970-72, Fife 1972-74, Barbour 1974-76. This period (1970-78) was the demolition madness. More old and historic buildings fell than at any other time, not just Warehouse District and Midway School, but West Main and scattered about. During these years, Vinegar Hill was vacant except for McIntire Road.

In context, the Mall seems a distraction from much bigger changes. Thanks to the forum participants who asked tough questions and shared memories. 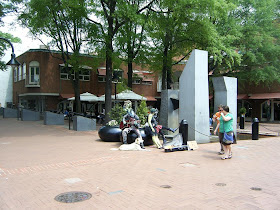 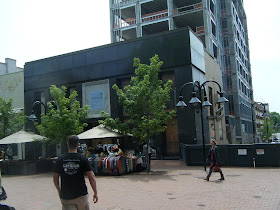 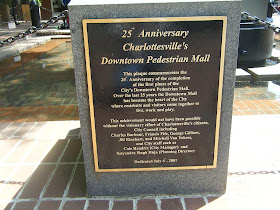 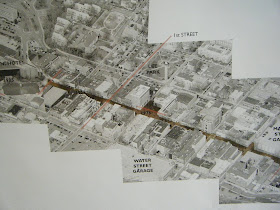 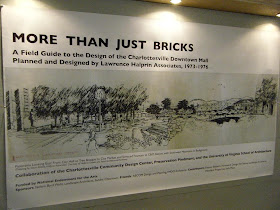 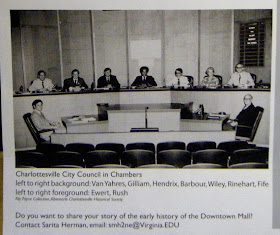 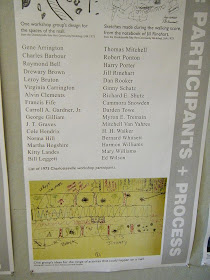 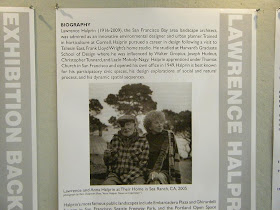 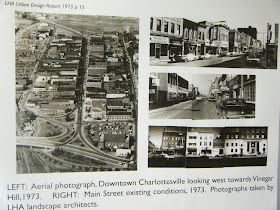 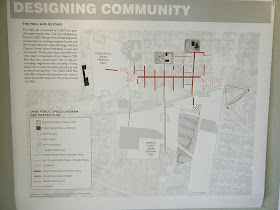 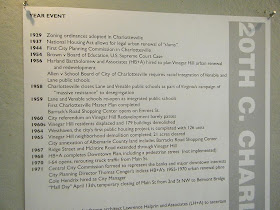 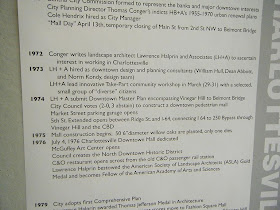 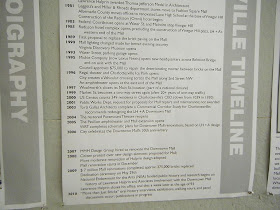